Writers are always searching for that gem of an idea, character trait, or interesting plot device with which to begin fleshing out a new story concept for a treatment or novel. When it’s time to transform that treatment or book to screenplay form, challenges still remain in further developing the story, now using only the tools of visual dramatic storytelling. It can be enormously helpful for writers to look back in history and learn from the original masters of live visual dramatic storytelling, those great playwrights and thinkers that shaped performance art throughout the ages.

When I teach classes on screenwriting or give talks about screenwriting, I tell writers to work just as hard on truly mastering their story-building craft as they do on creating those great script ideas. One of the most effective ways to master dramatic writing is to read classic screenwriting books and the best stage plays.

I have recommended many script writing books and books on screenplay writing before in these blogs.  Here are some recommendations for a deep history look at a few of the best screenwriting books and dramatic tools ever. Study, analyze, and adapt the information they provide to help you write a screenplay that will sell.

Lajos Egri’s “The Art of Dramatic Writing: Its Basis in the Creative Interpretation of Human Motives,” was first published in 1946, and still remains one of the best books on screenwriting and playwriting. Its teachings are equally applicable for screenplays, short stories, novels, and plays.

Born in Hungary, Egri is reported to have written his very first three act play at the tender age of ten. His expressionist play, Rapid Transit, was translated from Hungarian and produced in 1927. Egri later went on to author other plays including Believe Me or Not (1933), Tornado (1938), This is Love (1945) and The Cactus Club (1957). He also taught courses in playwriting, first in New York and then in Los Angeles. One of the aspiring screenwriters who took his course was a young Woody Allen.

In “The Art of Dramatic Writing” Egri argues against the theory originally advanced in Aristotle’s Poetics that character is secondary to plot. While Aristotle fully believed that “the plot is the soul and source of tragedy,” Egri counters by demonstrating that well-defined characters can drive the plot themselves, thereby establishing the foundation of character as the essence of a well-crafted story. He says that good dramatic writing hinges on people and their relationships, which a writer uses to advance the story and give it life. (Personally, I happen to think that BOTH Egri and Aristotle are right… because in visual storytelling, character and plot are two aspects of exactly the same thing. A story is meaningless without a plot through which character is revealed. A character can only demonstrate who they really are by actions taken in pursuit of a solution to the plot.)

Egri’s emphasis on Character receives almost 100 pages of investigation in his book. Then the following chapters focus on topics such as conflict and the foreshadowing of conflict, transition and exposition. Chapters also offer useful information on character entrances, exits, and dialogue. All of it is dramatic writing gold.

Using examples ranging from Shakespeare’s “Romeo and Juliet” and “King Lear” to Ibsen’s A Doll’s House, Egri shows how it is essential for the author to have a thesis, and to develop dramatic conflict around the foundation of that thesis/theme. Without the thesis, or premise, how can one know where a story is going, Egri asks? As an example, he offers the premise that “stinginess leads to ruin.” Within this central theme the playwright or screenwriter can start to fashion a beginning, middle and end for the story. First, the screenwriter must clearly establish the stinginess of a character. (Think Ebenezer Scrooge.) Next, that stinginess must come up against some type of opposition. (Think the ghosts of Christmas Past, Present, and Future.) Finally, the stinginess must somehow lead to the character’s ruin (or, in Ebenezer’s case, last minute redemption from ruin).

Egri also emphasizes what he sees as the ever-present role of change in all of life. Change often forces people to evolve and synthesize new philosophies when facing overwhelming obstacles. In 1965, Egri expanded on his views of character development and motivation in another terrific book, “The Art of Creative Writing.” 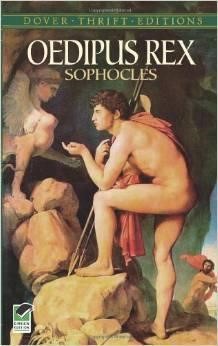 “Oedipus Rex” is considered one of the greatest of the classic Greek tragedies. Although its first performance was a few years back, in 429 B.C., it is such a masterpiece of dramatic construction that it can still serve as a blueprint for modern day screenwriters to follow. I call it the world’s first genuine screenplay – because all of the necessary beats, acts, plot turns and character development are here. Sophocles’ ideas inspired Sigmund Freud’s theory of the “Oedipus Complex,” a stage of human psychological development in which a child sees their father as an adversarial competitor for his or her mother’s attention. This theme reverberates to this day, even in “Star Wars” as Luke Skywalker battles with his father, Darth Vader.

In Sophocles’ play, catastrophe erupts when King Oedipus discovers he has inadvertently killed his father and married his mother. The playwright uses dramatic irony throughout the story to heighten the impact of these intensely dramatic events. Considered Sophocles’ finest work, “Oedipus Rex” ranks as a towering example of exceptional Western drama. It contains an emphasis on how the central character’s own inner flaw of hubris contributes to this tragic hero’s downfall. The theme in “Oedipus Rex” is “pride goeth before a fall.”

A Poetics For Screenwriters By Lance Lee – Classic Screenwriting Book 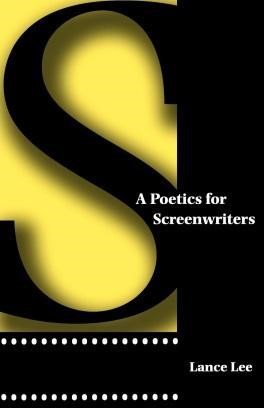 In A Poetics for Screenwriters, a more contemporary but very important work, veteran writer and teacher Lance Lee offers aspiring and professional screenwriters a thorough overview of all the dramatic elements of screenplays without displaying a specific bias toward any one particular screenwriting method. He takes a true historical perspective on screenwriting and sees it as our contemporary contribution to dramaturgical craft that has been developing through many centuries.

Lee covers primary plot elements, dramatic reality, storytelling stance and plot types, character, mind in drama, spectacle and other elements, as well as developing and filming the story. To illustrate his points he sites relevant examples from American and foreign films including “Rear Window,” “Witness,” “The Usual Suspects,” Ingmar Berman’s “Virgin Spring,” “Fanny and Alexander,” “The Godfather,” and “On the Waterfront,” as well as stage dramas ranging from the Greek tragedies to the plays of Shakespeare and Ibsen.

This historical overview of dramatic art provides a highly useful update for those students and screenwriters who have tried to adapt the principles of Aristotle’s Poetics to the needs of modern screenwriting. In his “Poetics,” Aristotle examines the dramatic elements of plot, character, language and spectacle that combine to produce pity and fear in the audience, and he explores the issue of why an audience derives such pleasure from watching what in real life would be an emotionally painful tragic process.

Aristotle’s “Poetics” introduced such hero development concepts as mimesis (imitation), hamartia (error), and catharsis, or purification. Aristotle explained how the most effective tragedies rely on complication and resolution, recognition and reversals, and centering on characters of heroic stature. For 2400 hundred years the original “Poetics” by Aristotle has been the very definition of a classic book for learning effective dramatic writing.

Add “The Story Solution” to Your List of Screenwriting Books

There is no one book that’s the “best book on screenwriting.” All of these books on screenwriting should be read in order to add knowledge to your scriptwriting arsenal. The classic tragic play “Oedipus Rex” demonstrates how a character’s own faults can lead to his destruction. While Aristotle argued that plot was everything, the more contemporary Egri shows writers how to develop characters that are capable of driving a plot themselves. Finally, Lee contemporizes Aristotle’s theories on the nature of drama and uses them to help screenplay authors understand how to write a screenplay from a book. You can also try searching “screenwriting books amazon” for additional ideas.

And sure, I’d also like to ask that you add my screenwriting book, The Story Solution: 23 Actions All Great Heroes Must Take, to your must-have list of books on how to write a screenplay. It provides further insights on how to analyze characters and turn them into true heroes. You’ll learn that a Hero Goal Sequence can be an essential tool for building great scripts.

A Goal Sequence generally consists of two to eight pages of screenplay in which the hero pursues a single short-term physical goal as one step in achieving the overall story objective. The Goal Sequence ends when the hero discovers FRESH NEWS, which is some piece of new information that ends the necessity to pursue the current goal, and creates a new short-term goal, thereby beginning the next Hero Goal Sequence. I believe this simple, easily understood concept is the strongest outlining tool for both screenwriting and novel writing that has ever yet come down the pike.

These truths and much, much more are explained in complete detail in “The Story Solution.”

Just remember that constructing a lead character we care about does not mean inventing a flawless person.  We see more of ourselves in heroes who are eccentric or defensive, who say the wrong thing at the wrong moment.  But writers must always balance character flaws with strengths. For a reader to connect emotionally, a hero’s strengths must outnumber their failings. Here is a list of the personality traits and plot circumstances that have helped create sympathetic heroes for over two thousand years:

About The Story Solution:  The Story Solution was written by accomplished screenwriter Eric Edson. His screenplay bookreveals the 23 actions used to create three dimensional heroes and link all parts of a captivating screenplay. He also lists helpful screenwriting tips and screenwriting resources on his website. Learn more about adapting a book into a screenplay by attending Story Expo 2014, September 5-7 in Los Angeles. Eric Edson will be speaking, along with other guest lecturers, on the art and craft of storytelling. Visit the website and Facebook page or call (818) 677-6808 for more information.