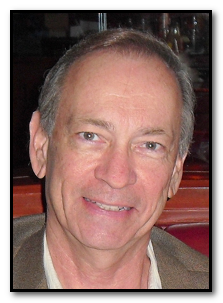 Eric Edson has written seventeen feature screenplays on assignment for such companies as Sony, Warner Brothers, Disney, 20th Fox, ABC Motion Pictures, Lifetime, Showtime, NBC, and TNT. He has also written for episodic television. Eric is Professor of Screenwriting and Director of the Graduate MFA Program in Screenwriting at California State University, Northridge, and lectures through the UCLA Extension Writers’ Program, the largest screenwriter training center in the world. Eric holds a Master of Fine Arts degree in Screenwriting from The American Film Institute, and a Master of Fine Arts in Playwriting from UCLA. He also earned his Bachelor of Arts degree in English at UCLA. Eric has been a member of The Writers Guild of America since 1981. If you are seeking advice on writing a screenplay or looking for screenwriting tips, Eric Edson’s THE STORY SOLUTION is one of the best screenwriting books to consider for your library. Accomplished screenplay writer Eric Edson reveals the 23 actions used in every successful movie to create dynamic, three-dimensional heroes while linking together all parts of a captivating screenplay from first page to last. Eric lives in Calabasas, California. He can be reached at: [email protected]

Download a sample chapter by filling out the form to the right. Get updates by following THE STORY SOLUTION Facebook page at http://www.facebook.com/ScreenwritingBook