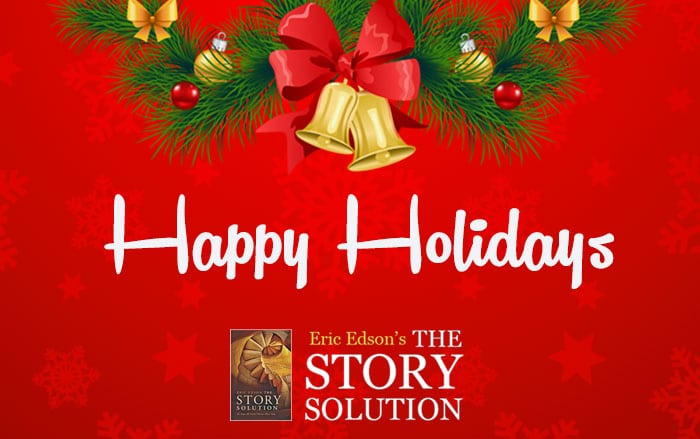 The end of the year is always an exciting time. People celebrate various holidays and wish each other the very best of health and happiness. They look back to consider the ups and downs of the past year, and look forward to a year yet to unwrap itself. Best of all, aspiring screenwriters get to take their inspiration from blockbuster holiday movies the studios release just in time for Christmas season viewing fun. If you are writing a movie script, be sure to spend extra time studying these December films, and think about what they have that makes them such a hit with audiences, or, in some cases, what might be lacking.

In this newsletter, I provide some thoughts about scriptwriting for a December release, and as examples look at two films that are making a big splash this year. I also take a look back at what happened for The Story Solution in 2016.  If you are looking for more screenwriting tips, or know someone who wants to be a screenwriter, my book, “The Story Solution,” makes a great holiday gift! I’m sure scriptwriters know there are two huge times of the year for movie releases – summer and December. These seasons can make or break studios, and launch stellar careers for screenwriters. While summer leans toward the action genre, December movies tend to be more thoughtful and are often the best movies of the year. Audiences flock to local cinemas to see the latest Hollywood offerings, looking for cinematic heroes, drama, comedy, meaning – and a script that draws them in.

I advise my scriptwriting students to write each script as if the movie will be released in December. Here are some reasons why you should shoot for this goal, too:

Study movies that are released in December, because they are usually well written and frequently high concept, with an eye toward an Oscar nod. This is also why movie studios would rather NOT release a fantasy action around this time of year, and usually wait until late spring or summer for the younger audiences of superhero movies. A couple of December movies which are already generating a lot of Golden Globe and Academy Award buzz include:

A Year in Screenwriting Tips

AND – the year ended on an extremely high note when I announced our new partnership with Final Draft®, the world’s most popular screenwriting software. My Hero Goal Sequences® Story Structure Paradigm is now a downloadable template included in Final Draft® 10.

My very best to you this holiday season, and I look forward to finding even more ways to help you become a great screenwriter in 2017. About The Story Solution: Eric Edson’s The Story Solution provides screenwriting tips for those interested in screenplay writing. Seen as one of the best books on screenwriting and currently #1 in its category on China Amazon, Edson outlines 23 actions used to create three dimensional heroes. Visit the website at  https://www.thestorysolution.com
to learn about writing a movie script. “Like” the Facebook page to receive tips on scriptwriting. Call (818) 677-7808 for information about writing a movie script.