Women screenwriters are woefully underrepresented in screenwriting.  It’s therefore important to note the incredibly talented women who have made major contributions and led the way in the history of filmmaking. 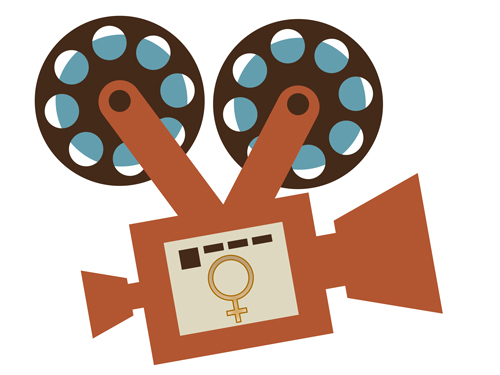 Think about it critically for a moment: can you name any top female screenwriters of the 20th century?  Most people can’t—and what an injustice that is! Did you know that the first person on the planet to write and direct a moving picture that told any kind of story was a woman by the name of Alice Guy-Blache?  In 1896, while she was working as a secretary for the Lumiere brothers in France, Guy-Blache borrowed a first generation movie camera from them one weekend and filmed “The Cabbage Fairy.”  At 1 minute long, it is generally acknowledged as the first narrative motion picture ever made. 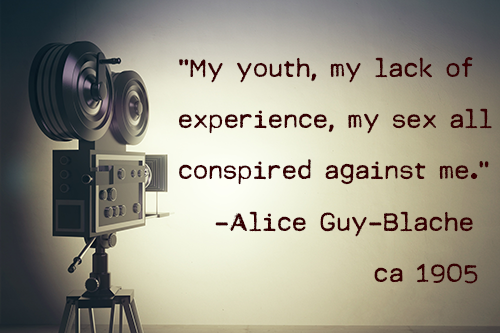 And Alice Guy-Blache was not the only woman film pioneer.  Following is a list of twelve more female screenwriters who didn’t just help launch the movie industry, they changed film history.  Alice’s legacy has developed into a billions-of-dollars-a-year industry that spans the globe. These unsung visionary heroes deserve their historical remembrance, so let’s take a brief look back into the realm of the female screenwriter in history. 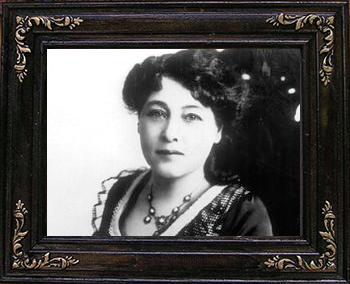 This lady created over one thousand films in her career. She experimented with many things; from hand-colored tinting of film frames (before color photography) to the inclusion of multi-racial cast members.  She consciously mixed ethnicities in her films challenging social norms of the time.  She ran her own film studio in, of all places, New Jersey. Alice was also a special effects pioneer, creating movie magic before even Melies came on the scene.  She did so much for the art of cinema, late in her life the French government presented her with The Legion of Honor, its highest civilian distinction.  Alice was born in 1873 and died in 1968.  In 2011, Martin Scorsese accorded to Guy-Blache, posthumously, the Director’s Guild of America Lifetime Achievement Award. 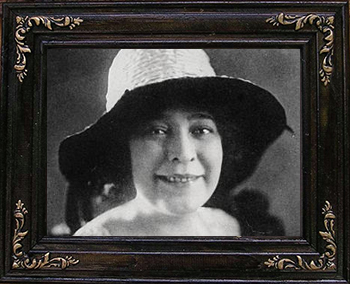 Born in 1889, June passed away far too young in 1927, but not before her mastery of screenwriting made her the acknowledged third most powerful woman in Hollywood, said to be almost as powerful as Mary Pickford.  Her screenplays were so good that June rose to become one of the earliest executives at Metro-Goldwyn Mayer, a company that has endured to the present day.  Such silent films as The Four Horsemen of the Apocalypse and Eyes of Youth are notable projects of June Mathis. Her successful writing endeavors also include Blood and Sand, Sally, The Desert Flower, and Irene.  Unfortunately, the stress of success can hit women as well as men, and she died of a heart-attack at the age of 38. 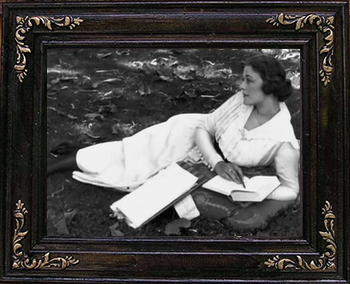 This top writer was quite prolific.  Marion wrote over a hundred separate scripts during her career.  Born 1888, she died in 1973.  She was an oscar winner, and took home awards for both The Champ and The Big House.  Her success as a screenwriter led to the opportunity to direct her first film in 1921.  But Frances found greater fulfilment in screenwriting, and so she focused primarily on writing. She bears a distinction very few can boast of: Frances Marion was an enormously successful writer for silent films, and for the talkies as well. 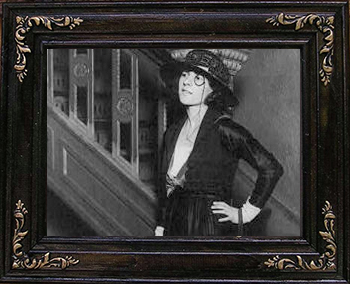 This incredibly talented writer/actress is famous for her acting roles in Harold and Maude, and Rosemary’s Baby, but these are only the tip of an iceberg-sized career. Gordon was born in 1896 and passed away in 1985, at age 88.  During her extraordinary life, besides twenty years on Broadway as an actress, partnering with her husband Garson Kanin she wrote a number of Academy Award nominated screenplays like Pat and Mike, a Double Life, Adam’s Rib and The Marrying Kind among many others, for stars such as Katherine Hepburn and Spencer Tracy.  Ruth Gordon’s legacy lives on in popular culture to this day. 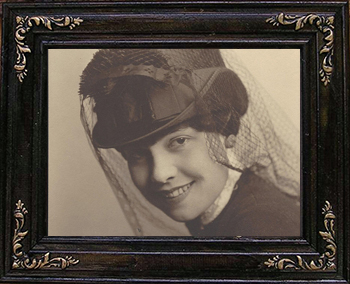 You might not know her for her screenwriting (though you should!), but you will likely know her for her novel, Gentlemen Prefer Blondes.  She wrote it as a reprimand to male Hollywood power brokers with whom she worked, but it definitely was a popular work and became a very successful film.  Anita had a thirty-one year career as a screenwriter, and also wrote numerous plays and novels, becoming creatively and financially quite successful.  She was just four feet eleven inches in height, and lived nearly one hundred years, being born in 1888 and passing away in 1981.  Some of Loos’ most enduring screenplays include Biography of a Bachelor Girl, The Barbarian, The Girl from Missouri and San Francisco. 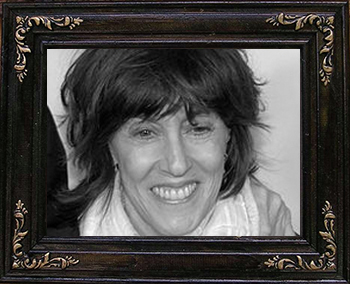 Nora passed away just four years ago, at age seventy-one. She wrote some of the most well known romantic comedies in film, including When Harry Met Sally and Sleepless in Seattle, as well as social-issue films like Silkwood.  Posthumously she received a Tony award for her play Lucky Guy.  She also knew the true identity of Deep Throat from the Watergate scandal, since for a time she was married to journalist Carl Bernstein.  She died in 2012, and the world lost one of the brightest lights in screenwriting and directing. Nora Ephron also wrote and directed You’ve Got Mail, Julie & Julia and Heartburn. 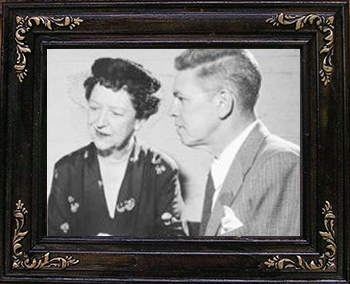 One of the longest living female screenwriters on this list was Frances Goodrich.  Born in 1890, she died in 1984, aged 93.  Frances was best known for writing the screenplays for some of America’s most enduring classics, including It’s a Wonderful Life, and The Diary of Anne Frank.  She won four Academy Award screenwriting nominations in her career.  Along with her writing partner Albert Hackett, she also created such classics as The Thin Man, After the Thin Man, Father of the Bride and Seven Brides for Seven Brothers.  She also won a Pulitzer Prize for her stage play rendition of The Diary of Anne Frank.  Some of her other films include: Another Thin Man and Easter Parade. 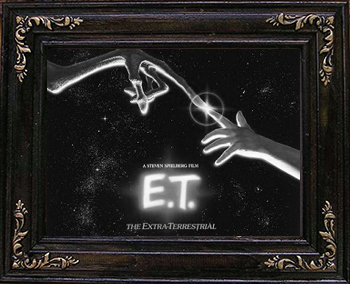 Melissa Mathison passed away just last year, in 2015, and it’s a crying shame. Did you know she wrote the screenplays for E.T. the Extra-Terrestrial, The Black Stallion, and Kundun?  E.T. got her an academy award nomination, as did Kundun.  Melissa was married to Harrison Ford between 1983 and 2004.  The final film she worked on, The BFG, will be released this year, and it has been dedicated to her.  Melissa Mathison was another great talent that we lost too soon. 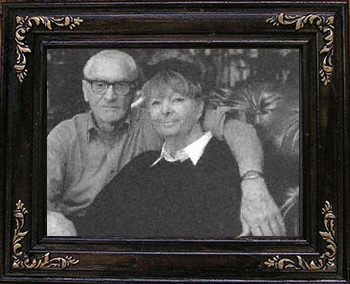 Harriet Frank takes the age chalice from Frances Goodrich.  Harriet is still alive, and she was born in 1917.  Now aged 99, she has had an exceptionally expansive career. Along with her husband Irving Ravetch, Harriet comprises half of a screenwriting team that is considered by Hollywood to be a true dynamic duo.  She didn’t start writing until after WWII.  Harriet Frank, Jr., married Ravetch in 1946 and the two wrote independently from one another for a decade before trying a collaboration in 1957. Screenplays they wrote together include Norma Rae, Murphy’s Romance, and Stanly & Iris. 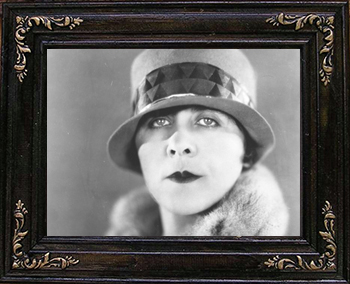 Sonya Levien was born in Russia, but transitioned into writing for the American screen. In the 1930s, she was one of the most highly paid writers in Hollywood.  In 1955 one of her works won the Academy Award for best screenplay; Interrupted Melody. She also wrote numerous short-stories, some of which have received critical acclaim, and many of which unfortunately have been lost in the winds of history.  Sonia had a great ability to adapt novels and stories that others claimed were impossible to film into exciting and successful screenplays. Throughout her career, she worked on over seventy separate films such as Oklahoma!, Quo Vadis, and The Hunchback of Notre Dame. 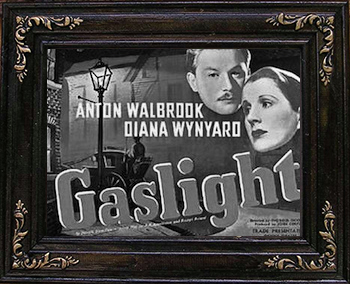 As the name implies, Bridget was from the United Kingdom.  Of English/Irish descent, she is famous for writing a number of plays, screenplays, and novels.  She lived from 1913 to 1988, and is responsible for such classics as Laugh it Off, This England, Gaslight, Freedom Radio, Prelude to Fame, The Fake, The Prisoner, Anne of the Thousand Days, and the screenplay for War and Peace. 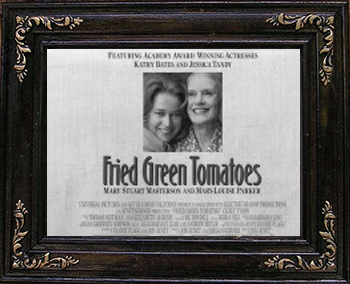 Carol had the second shortest life on this list, passing away at only 51 in 1990.  Her most notable works were Annie and Fried Green Tomatoes, though she was involved in a bevy of other films, including Reflections of Murder, Honeysuckle Rose, The Toy, The Bourne Identity (1988), Sarah Plain and Tall, and Money For Nothing, which came out after her death in 1993.  Liver disease was the culprit that finally took Carol, and a tragedy it was to lose such a master screenwriter so young. 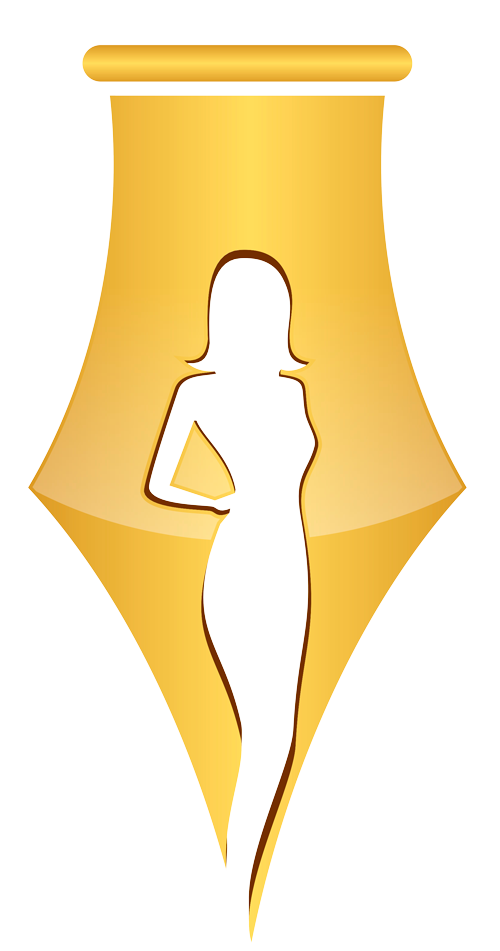 There has been a real lack of proportional female representation among screenwriters in Hollywood for a long stretch now, and hopefully this blog offers a small glimpse into our past that might help set the historical record straight.

Women have always been, in larger or smaller numbers, an extremely important influence on American cinema and they deserve a much greater inclusion among the contemporary ranks of A-list screenwriting artists today.  So for you female writers reading this, check out some of the films mentioned here and see if these great women film writers who have gone before you can inspire you to master your craft and press ever onward toward success.  Brilliant women screenwriters of the past can teach us ALL a great deal about the craft, and about endurance, too. 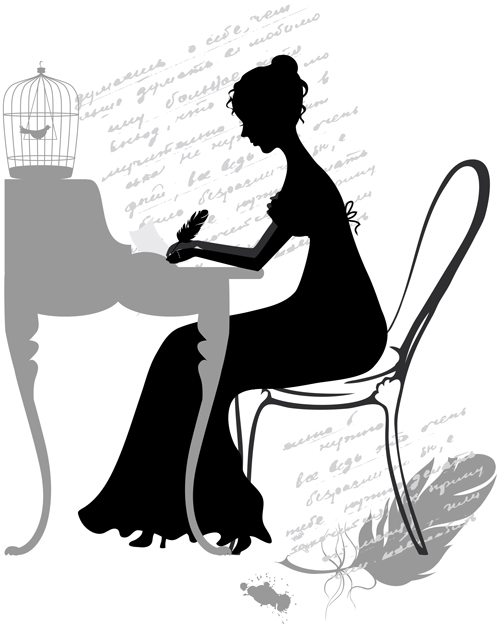 Thank you to everyone who has purchased The Story Solution book to help hone their scriptwriting craft.  We’ll continue to provide monthly blogs and posts on screenwriting topics that we think you’ll find of interest.

Need a speaker?  Eric Edson is a renowned professor and he’s available to offer presentations and seminars about the many aspects of screen and novel writing.  Do you have a radio show or an upcoming screenwriting event?  Email your request to contact@thestorysolution.com

About The Story Solution:  The Story Solution, by screenwriter and tenured university professor Eric Edson, is an in-depth handbook for authors who are writing a movie script. It reveals the 23 actions screenplay writers should use to create dynamic, three dimensional heroes. Visit the website at https://www.thestorysolution.com to download a sample chapter of the book. “Like” the Facebook page to receive screenwriting tips and insider insights on writing screenplays.