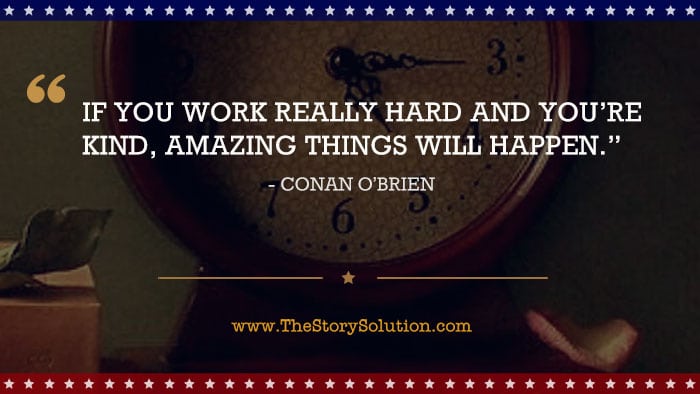 Hi, everyone.  Labor Day is just around the corner, and it marks the official transition from summer to fall for many of us.  Although screenplay writers are never really far away from their work, it can sometimes be helpful to back off a bit on a holiday weekend like this one from all that obsessive scripting, and decompress during these last few dog days of summer.  Soon enough we’ll be reminding ourselves that it is time to get back to the serious business of writing a screenplay.  But a break with family and friends and some barbecue can be oh so good for the soul.

In addition to reading the best screenwriting books, perhaps you’ll spend some of your time in the air-conditioned confines of movie theaters, watching some of the blockbuster films this summer had to offer.  Studying released films (both the good ones and the not so good) is a great way to hone your screenwriting craft.  As you sit in the theater, or watch at home, think about the strong craft these screenwriters have used to create those scripts and make the characters in each tale come to life.

After having fun studying Labor Day releases and those already-running summer movies, might I ask that you also spend some time with my book, The Story Solution, to help you analyze what you’ve seen?  Recognized as one of the best books on screenwriting in the U.S., China and many other countries, it provides solid screenwriting tips to get you back in the writing groove.  Visit our website at https://www.thestorysolution.com to learn about writing a movie script or “like” the Facebook page to receive tips on scriptwriting.

So with the upcoming holiday in mind, I’ve taken a closer look at one movie titled, of all things, Labor Day. WHAT SCREENWRITERS CAN LEARN FROM LABOR DAY THE MOVIE

Although it had a very limited release at the end of 2013, the movie Labor Day didn’t see a full release in the United States until January, 2014.  Director Jason Reitman also served as screenplay writer for this film, basing the script on a novel by Joyce Maynard.  It tells the story of a lonely, troubled woman and her son who end up being forced to spend a New Hampshire Labor Day weekend in 1987 with an engaging escaped convict.  Kate Winslet and Josh Brolin play the stressed couple, with Gattlin Griffith serving in the role of the thirteen year old son Henry and Tobey Maguire playing Henry as an adult.  Other notable cast members include James Van Der Beek and J.K. Simmons.

As a PG-13 movie, the film does a great job of conveying growing passionate emotion without resorting to the usual sex scenes.  This is a film where a believable romantic love grows between two people in a period of just 4 days.  And it’s a completely character-driven script.  The two lead roles have been created in such a way they can demonstrate a burning, growing love for each other grounded in human truth.  What new screenwriters can take away from reading this script or watching the film is that one way to create an emotionally riveting story is to put together a sympathetic woman and man on opposite sides of an extreme or impossible situation, and have them fall passionately in love.  Try building your own story around that general premise.  Be true to your characters, and you may be surprised at the power of the story you create.

My book, The Story Solution: 23 Actions All Great Heroes Must Take, can equip any screenplay writer with the tools needed to bring depth and passion to their own screenplays.  It offers a new, easy-to-understand paradigm that provides writers and filmmakers with the interconnecting, storytelling elements they need to create a riveting script. Many movies have been written about the trials and struggles of working men and women. Some notable films which explore the plight of these everyday heroes include Norma Rae, Silkwood, On the Waterfront, F.I.S.T., and Roger & Me.  Heroes come in many shapes and sizes, and people who work hard every day to provide a better life for their families offer grist for a limitless source of gripping stories.  A few of Labor Day facts:

Happy Labor Day to Everyone!